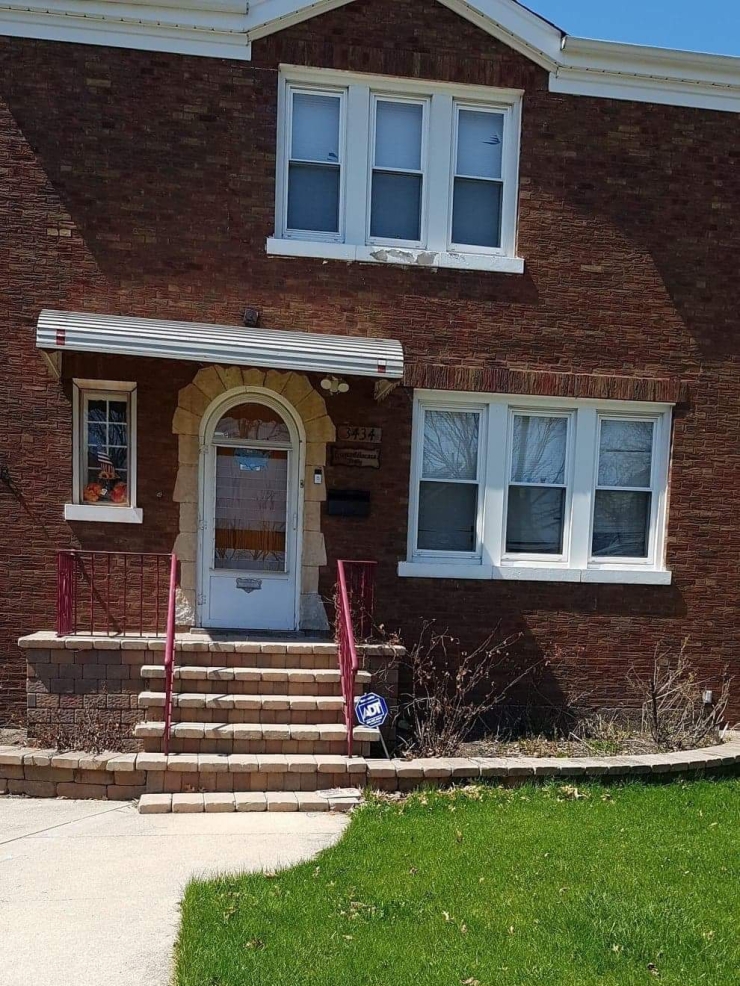 Snowflakes stuck to my forearm as I carried another piece of furniture from the living room into the pod we rented. The bitter cold made my arms and fingers numb, though I wish that same numbness protected me from the internal pain that weighed me down.

For months, I struggled with the reality that my days on 61st Court — and in Cicero — were numbered. I spent my entire life calling the two-story building home, and couldn’t see myself living anywhere else. Initially, I thought the prospect of change was the driving force behind my unwillingness to leave. But, it became increasingly evident that I was leaving a piece of myself behind that I could never regain access to. The final trip from Cicero to my grandparents’ house, where we’d be temporarily staying, was a blur. I spent the entire 25-minute trip hidden in my navy-blue sweater, weeping for the past. It has now been three years since the day we left. Now more than ever, I yearn to rewrite my least-favorite ending to my life’s favorite chapter.

We spent four months on Narragansett Ave. in Burbank, Illinois. During that period, I learned what it meant to hit rock bottom. I still had a month remaining in my senior year at J. Sterling Morton East High School, but as my Advanced Placement exams grew closer, I grew emotionally weaker. I failed to earn college credit on all three of my AP exams, and limped toward graduation. I spent my summer playing basketball at a park a block away. The long, rectangular slab of cement was one of the few places I could go without being chained to my misery. I spent hours watching the ball ricochet off of the rim, rain or shine. It allowed me to have a place where I didn’t need to face the uncertainty of my future.

It took about 11 months before I fully recovered from leaving. I was slowly finding myself at Roosevelt University, and acquiring my first real job as a package-handler at UPS made it easier to accept the decision to leave was for the better. As months passed, I discovered my love for journalism. I often spent nights foregoing sleep, only to spend that time carefully constructing what I firmly believed to be my latest masterpiece. I’d nervously await the grades to my articles, and burst with excitement every time I surpassed my own unreasonably-high expectations.

By the time I approached the end of the fall semester of my junior year at Roosevelt, I thought I had surely left Cicero behind me. I had a deep appreciation for the town, but was convinced the agony of leaving helped fuel me toward achieving the greatest year of my life. I went the entirety of 2019 earning at least an “A-” in all 10 of the classes I took that year. I also established myself as a storyteller with pieces like “A Picture Worth a Thousand Words: My Brother Musa” and “Devastation, Determination, Declaration.”  My life seemed to be coming together. I no longer yearned to be the boy I once was, but was proud of the man I was becoming.

It has been over a month since Roosevelt switched entirely to online classes due to the coronavirus pandemic, and I’ve learned more about myself in that time than I did over the last three years.

I misinterpreted my collegiate success as genuine happiness. In reality, it acted as a distraction from my unavoidable failures. As I watched the prelude to my career begin to develop, I saw my support-system decrease by the day. I am unable to feel emotions that came so easily to me growing up. I am without the traits that helped me stand out. Most notably, I’ve noticed my inability to trust. I excel in situations where I control the outcome, but learned how massively unprepared I am for a situation beyond my control.

My inability to overcome my insecurities only add to the confidence issues I face as I prepare to begin my career. Every time I complete an article, the feeling of failure lingers, and I look to the individuals I’m providing content for to lift me up. But, in an industry like journalism, it’s hard to get an audience’s attention when your name lacks relevance. As a result, I neglect the positives and dwell on the fact that I failed to spark public interest.

I also discovered how little I’ve planned for life after college. I know exactly what I want from my career, but avoid thinking about what I want in my personal life. It’s increasingly difficult to prepare for a future when you’re not at peace with events from the past.

I’m not concerned with adding a new chapter to my life yet, but am motivated to rewrite the ending of a chapter I’m not satisfied with. I dreamt of leaving Cicero with my head held high and a Bachelor’s degree in my right hand. Instead, I left broken, defeated and defined by the very failures that have followed me for three years. I hope to come back and combine the boy I once was with the man I now am. For 17 years, I knew happiness without success. For the last three, I’ve known success without happiness. I fight for a chance to leave on my own terms this time, with tears of joy instead of pain. I relish in the opportunity to share my triumphs with the town where I was raised and give back to the community that gave me so much.

I walked slowly down 61st Court, taking the same steps as I did every time I walked home from Morton East. I approached my old house and gazed at the brick design for what felt like an eternity. I no longer felt the sadness tied to my final months there, but the determination to return one day and rewrite the story of my past, effectively, writing the story of my future.